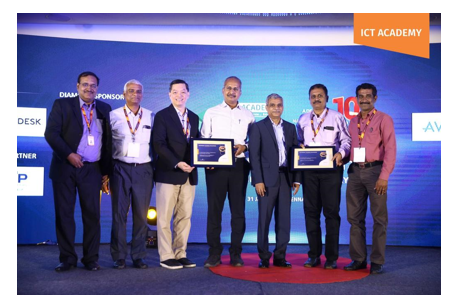 Dr. K. Thirukumar has won the National and State Cloud Champion Award in Cloud Literacy month 2018 in the coordinator category held during the year 2018. 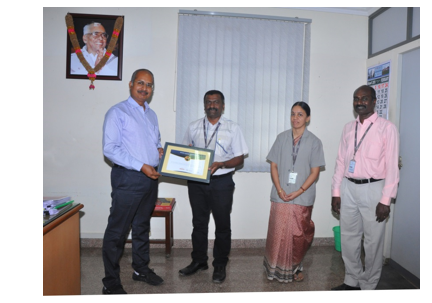 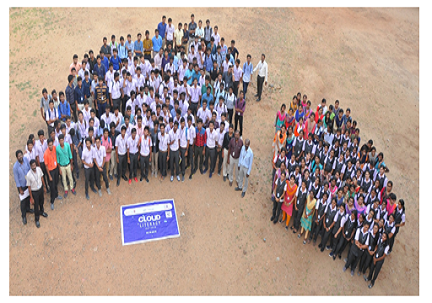 Dr. K. Thirukumar is awarded with certification of appreciation for his instrumental role as SPOC for the SWAYAM-NPTEL Local Chapter. Active SPOC for the Jul – Oct 2018

Ms. C. Jayashree has successfully completed and she is one among the toppers in the workshop on Artificial Intelligence and Deep learning held at KEC, Tamilnadu during July 2018 conducted by leadingIndia.ai, a nationwide initiative by Bennett University, Greater Noida, India

Dr. A. Rathinavelu has received certificate of appreciation for Best SPOC from Infosys Bengaluru, for his remarkable contribution to the Infosys Campus Connect Programme (2018).

Dr. A. Rathinavelu has received a grant of Rs.480000 from AICTE, New Delhi for conducting Faculty development Programme on “Machine Learning Techniques in Information Retrieval” during the financial year 2017-18

Dr. A. Noble Mary Juliet and Dr. N. Senthil Madasamy have received certificate of Excellence in recognition of his successful completion of 2 weeks FDP on ICT and pedagogy conducted by IITB and one among the top 241 performers from a total of 5308 participants (2018).

Ms. C. Devipriya received a certificate from NPTEL with Elite tag and the gold medal (Topper 1%) in “Problem solving through programming in C” course (2018)

Dr. K. Thirukumar received the certificate of appreciation from NPTEL for his role as mentor for NPTEL online certification course “Database Management Systems” (2018)

Ms. A. Brunda has guided the project “A* path finding algorithm for a 3D Game Environment “ which has received Best paper award in Second National Conference ASPCN organized by PSNA, Dindigul (2018).

Mr. K. Srinivasan received the certificate of appreciation from NPTEL for his role as mentor for NPTEL online certification course “Introduction to Internet of Things” (2017).

Ms. C. Devipriya received a certificate from NPTEL with Elite tag (Topper 2%) in “Introduction to Programming in C” (2017).

Ms. A. Brunda received Certificate of Excellence , in recognition of her contribution as Workshop Coordinator “ USE of ICT in Education for Online and Blended Learning” (2016)

A. Rathinavelu represented MCET at 2nd International Congress on Vocational and Professional Education and Training at Winterthur, Switzerland. He also visited Nanyang Polytechnic, Singapore in the aspect of Outcome based education and establishing Collaborative Partnership (2016)

Under the guidance of Dr. A. Rathinavelu, Ms. S. Geetha and Ms. C. Jayashree of II ME won I Place in Hon’ble Chief Minister’s Award for excellence in eGovernance conducted at District Level (2015)

Dr. A. Rathinavelu visited University of Calgary, Canada. The purpose of this visit is curriculum redesign and bringing in innovative pedagogical techniques to our campus (2014)

Ms.A.Brunda is recognized for her work on South Indian Traditional Art Suzhi Kolam and its application in Graph Theory. The work is displayed at the NIMS-IMAGINARY exhibition as part of International Congress of Mathematics (ICM 2014.), Seoul, South Korea (2014)